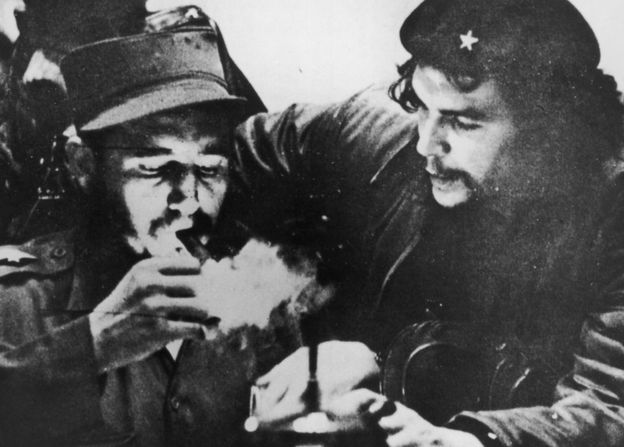 Castro in the mid-1950s with another leading revolutionary - Che Guevara. http://www.bbc.co.uk/news/world-latin-america-38114953

From the jungles of New Guinea, I am, Gen. Mathias Wenda, with all my militari officers and Commanders, from our Central Command of West Papua Revolutionary Army, we would like to send our

and our military SALUTE to the late

Fidel Alejandro Castro Ruz is a great example for revolution everywhere in the World, and also in West Papua as well as in Melanesia.

Melanesia does need a revolution, it dearly waiting for revolutionary leaders to come out and speak for the truth, and according the will of the Melanesian peoples, not surrendering to the orders from colonial masters who live in Canberra, Wellington, New York, London, etc.

We understand, that many approaches and tactics that the Late Castro took do not perfectly match to our West Papua Revolution against Indonesian military invasion and occupation during the last 53 years, we do share the same mission to accomplish, that is, to free our people from colonialism, and from foreign interventions purely for the sake of financial profits.

Yes, Comrade Fidel Castro, Ia m Gen. Mathias Wenda, your Comrade from the Pacific is with you in our spirits all the way along, until West Papua is free, until Melanesia faces the revolution, until the world is revolutionized, just as Jesus Christ did to triger and continuously support revolutions in the whole world.

We are with you, and you are with us, Salute!!

Rest in Peace, we will continue the revolution you started.