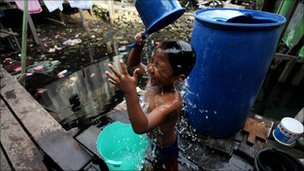 Indonesian soldiers are guarding Manokwari, the capital of the country’s eastern province of West Papua, after angry residents protested against the killing of two people by police.

There has long been tension between the province’s indigenous Melanesians and the mainly Indonesian police force.

The restive province has waged a low-level war for independence for decades.

It is one of of Indonesia’s most remote and least developed provinces, despite being rich in natural resources.

A police spokesman in Manokwari told the BBC that the Indonesian army has been deployed to West Papua to help police control the tense situation in the city.

The spokesman said the protests against the police first broke out after a motorist fled the scene of a traffic accident on Wednesday.

Local residents saw the motorist run into the police station and assumed that he was receiving police protection.

According to the spokesman, the residents started pelting the officers with stones, and he said police had no choice but to fire in to the crowd. Two people died.

But reports from human rights activists in the area tell a different story.

They say that local residents gathered in front of the police station after the accident to urge the motorist to accept responsibility for his actions, and only turned violent after the police refused.

Indonesian police say that the situation is now back to normal, but there is still a high alert in place for the area and they are appealing for calm from Manokwari’s residents.

Posted in Uncategorized
← Previous Next →